I have been mostly based in Spain since the beginning of the pandemic. If I am to be honest, it has been a conscious decision to stay firmly put within Extremadura, the fifth largest region in this Mediterranean country rich in hospitality, history, great food and wine. Extremadura is a landlocked area bordering Portugal to the west and Madrid lies to the northeast and Seville to the south. It is a lot of country to explore. You will find mountain ranges, reservoirs a plenty, rivers, steppes, dehesas (cork oak woodlands), Mediterranean forests, farmland and of course, urban areas – my heartland. The region is split into two provinces: Badajoz in the south and Cáceres in the north. In late May this year, I was asked by the tourist board representing the Cáceres Province to go on a wander around the province to talk about the birds I discovered on social media. It was peak spring migration season and I wanted to find an American vagrant. My plan was to search mountain high and valley low in my quest. Although well birded, Extremadura is quite light on transatlantic surprises. I wanted to be added to the region’s short list of finders. Hoisted upon Spanish shoulders. The scene was set 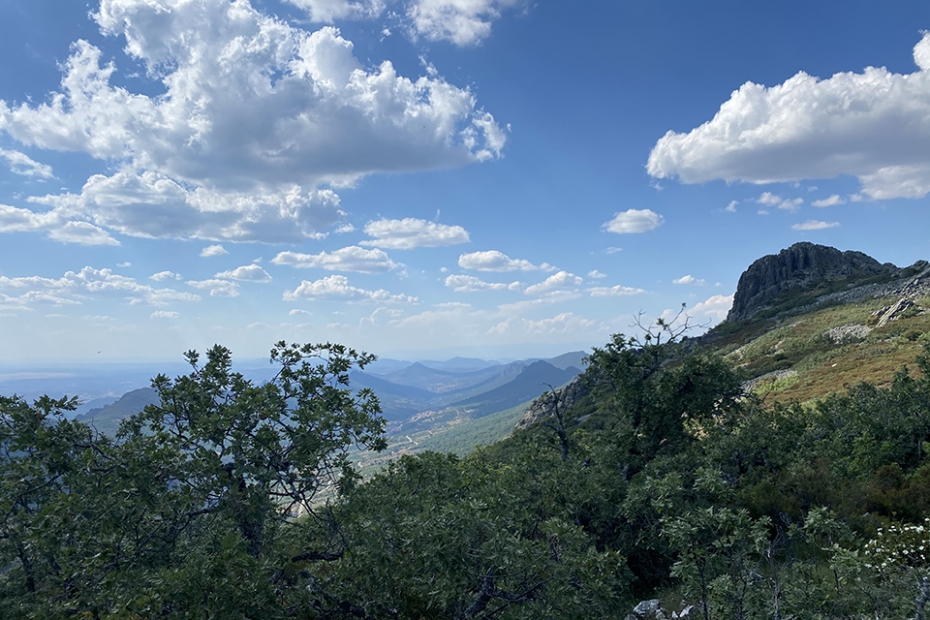 Being from Britain, I have always had a fascination with rare birds. However, I must state that I am not a twitcher – someone who races after reported rarities simply to add them onto life lists. In Spain, there are a fair number of rarities found mostly up in the northeast in places like the Ebro Delta just south of Barcelona, or down south in Andalucía as well as on the Canary Islands, located off the northwest coast of Africa. Most of these birds are of northern European, Asian or African provenance but occasionally, a straggler from North America shows up. These rare birds usually take the shape of shorebirds like Lesser Yellowlegs or Long-billed Dowitchers. At the beginning of 2021 there was the shock discovery of a Yellow-rumped Warbler in Gibraltar, which was clearly wintering in the backyard of an unsuspecting non-birder. I was very inspired by this find. It has been my dream to find an American vagrant on or over Spanish soil.

Being a confirmed urban birder, I had to start my journey in the medieval centre of the province’s capital city, Cáceres. Founded by the Romans in 25BC the city was declared a World Heritage City by UNESCO because of its blend of Roman, Moorish, northern Gothic and Italian Renaissance architecture. It is amazing to walk around the cobbled streets admiring the historic buildings. But whizzing around the gargoyles and other features adorning the tops of the structures are large flocks of screaming swifts chasing each other around the buildings. The majority are Pallid Swifts with a few Common Swifts among them. Sharing the skies with them are Lesser Kestrels. These delightful colonial birds feed mostly on insects and after the breeding season drift south to spend the winter in southern Africa. Extremadura’s urban areas comprise a very important stronghold for this globally declining species. The region was a pioneer within the European Union to designate urban areas as special protection areas (SPA’s) joining a network of sites across Extremadura involving cities like Cáceres and Plasencia further to the north as well as a plethora of smaller towns including the culturally rich Trujillo just east of Cáceres. The amazing thing is that all the urban sites combined amount to just 0.1% of the 1.2 million hectares of protected sites. Interestingly, the urban special protected areas are not designed to encourage more habitats moreover, they are there to protect man-made structures to encourage birds like the Lesser Kestrel to nest within cavities under the traditional tiles found on the roofs of the older buildings.

After a jubilant day urban birding in Cáceres, I decided to pass by the reservoir near Talaván just 25km north of Cáceres. It was whilst I was parking that I received the fateful news. My birding buddy sent me a timely message stating that a Baltimore Oriole had been found at the reservoir earlier that day. A Baltimore Oriole! The first not only for Extremadura but a first record for the whole of Spain! Dazed, I ran from the car and spent the next four hours meticulously searching the trees that surrounded this small reservoir. Needless to say, I did not find this Nearctic visitor. It had obviously spirited away to carry on its journey to an unknown destination. Instead, I took respite from the fact that perhaps I wasn’t so crazy to dream of discovering an American mega. My day will come. I just know it.

Many thanks to the Diputación de Cáceres

Thoughts from Ryan Dalton of Into The Wild