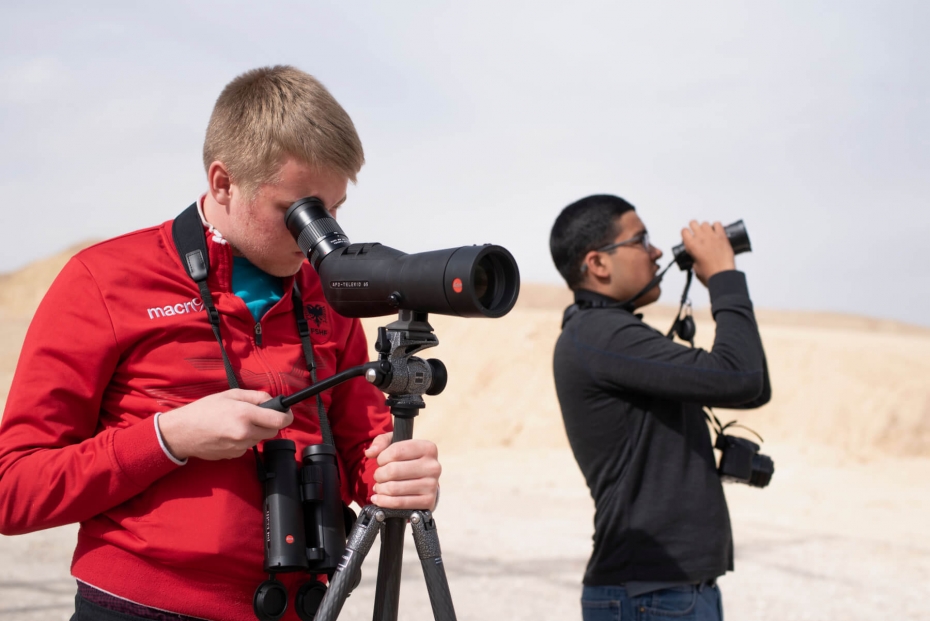 Uvda valley was rich with birdlife. A wet spring meant flowers and greenery blooming in shallow washes throughout the valley. As the sun rose higher in the sky, the heat shimmered across the rich, sandy landscape, permeating our skin. Flocks of Western Yellow Wagtails, Water Pipits, and Greater Short-toed Larks scurried through the wadis, vivaciously moving from spot to spot. We carefully picked our way across the fields for at least an hour, scoping distant flocks and taking in the diversity of the valley. Shortly after, a Steppe Eagle flew directly over our heads before taking off to the north, presumably continuing its long journey to the breeding grounds. Crowned and Spotted Sandgrouse made a surprise appearance later in the morning, capping off the pre-noontime birding. 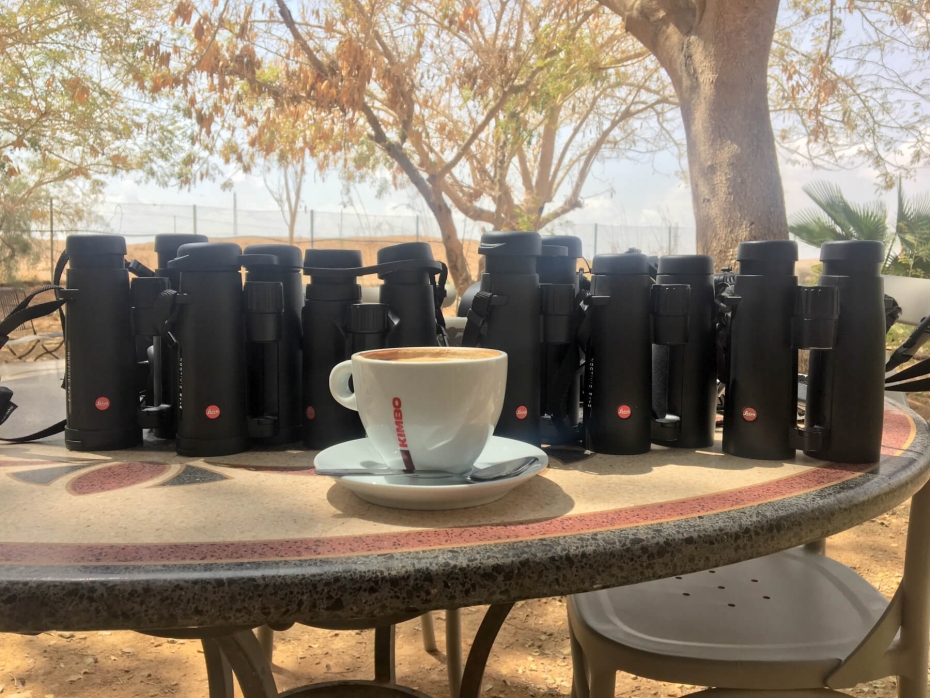 Our lunch-time stop took us to the Pundak Neot Smadar: a lovely cafe that served fresh food grown at the kibbutz across the street. The cafe was an oasis of vegetation and water in the otherwise scorching desert heat. Migrating Common Bluethroats ran underneath our feet and bobbed in and out of the pond. Just as we settled down for lunch we were interrupted by the tell-tell signs of familiar birders entering the cafe: excited chatter, cameras clicking, and binoculars with the characteristic red dot on the lower right hand side. Within seconds our table was surrounded by the other American Leica birding team: Keep Calm and Carrion. Amid the excitement of the birds, food, and camaraderie, we captured one photo to remember our chance encounter. We shared our day plans and parted ways, wishing each other good birding before heading into the mountains. 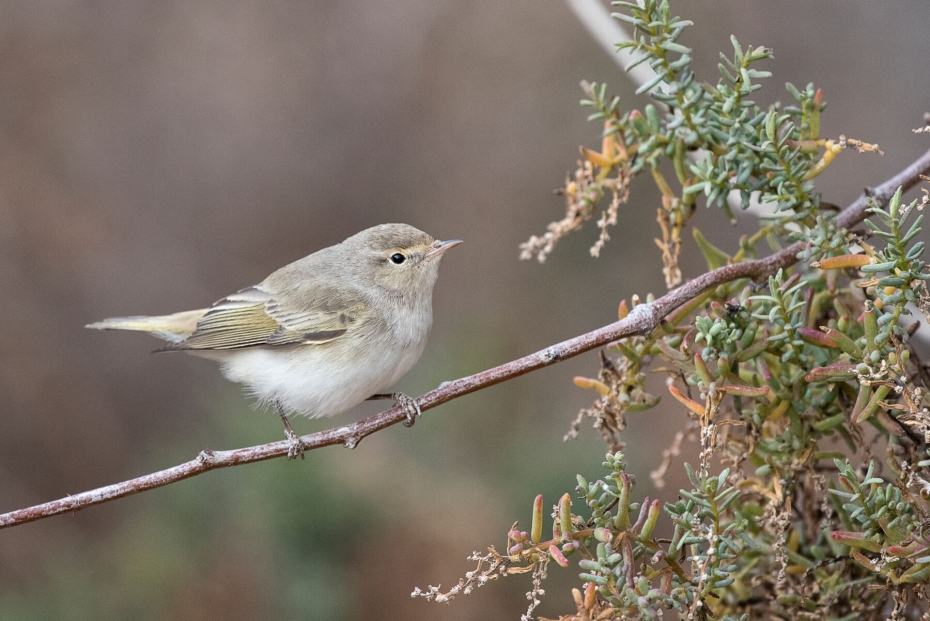 It was now just past two in the afternoon, a time regarded as the heat of the day, especially in the high desert of Israel. The roads were empty, the skies a dusty blue, and the mountains bright red and brown, dotted here and there with little green bushes, but otherwise devoid of vegetation. A few raptors could be seen from the top of the hawkwatch, flying from the gulf towards the mountains of both Israel and Egypt. A good morning with southern winds can carry in thousands of migrating birds at once, from Black Kites to Common Buzzards to Steppe Eagles. The Gulf of Aqaba is critical for birds as they make their way back to their breeding grounds in Europe and Asia. Strong northern winds combined with poachers across the Levant can create a deadly scenario, crippling populations and causing extreme declines. Although we weren’t able to witness the same magnitude of migrating raptors as the previous year, we still enjoyed scoping birds far into the gulf. 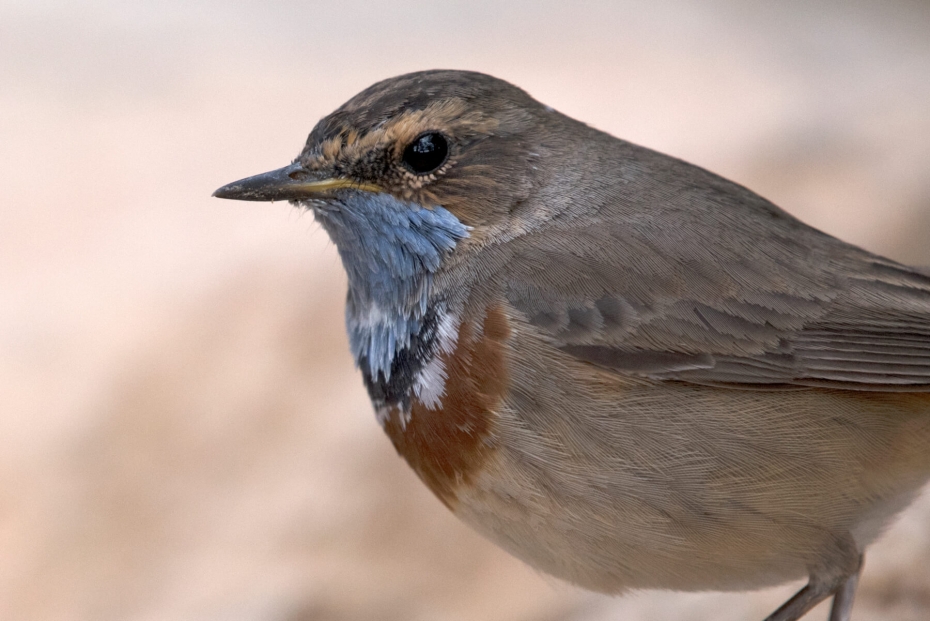 One of last stops for the day was the IBRCE – International Birding and Research Center Eilat – perhaps the best place to bird in southern Israel. Dusk holds just as much excitement as dawn as birds arrive from Egypt and forage along the dike. Shorebirds lined the edges of the water, poking and probing the mud. Eastern Bonelli’s Warblers foraged from tree to tree along the main path, eager to find food as night loomed. Our last full day of scouting was coming to an end. With only minutes of daylight remaining, we attempted to see one more key bird: Lichtenstein’s Sandgrouse. The sun had set, leaving magenta and dusty orange light lingering to the west. Slowly, lights in Eilat twinkled and bloomed as nightlife took over the busy city. Noctovids in hand, we watched a few Lichtenstein’s Sandgrouse flutter to the top of the dune before walking down for a drink. Even in the dimness of the evening, we could perfectly make out the striped, plump bodies of the sandgrouse. And so the day ended much as it started: with excitement, birds, and binoculars. 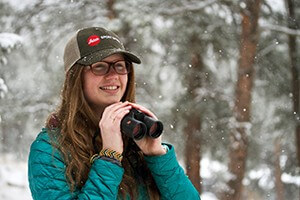 Johanna has always been a nature addict and has fond memories of hiking and camping with her family growing up. Her love of science and conservation has been growing since childhood when her father helped perform science experiments in their kitchen, and her mother gave her books on ornithology and botany at a young age. The 20 year old loves climbing mountains and finding White-tailed Ptarmigan in her home state of Colorado. She currently attends St. Olaf College in Minnesota as a sophomore. She studies Biology (of course) and Studio Art, hoping to one day illustrate field guides and study birds.

While Johanna has only been birding for four years, she has already risen to great levels in american birding. She became the American Birding Association-Leica Young Birder of the Year in 2017, only three years after picking up binoculars for the first time. Her love of birding has taken her all across the United States, from Florida to Maine to Arizona. She dreams of far off places, like the Negev desert of Israel and the tropical rainforests of Nicaragua and Panama. Johanna hopes to travel around the world to promote conservation, spread the love of birding to kids, and teach ornithology and biology to anyone who will listen.

What is the most exotic bird you have seen? Questions to Leica Birders!